Shared Roadways using Lane Pavement Markings and Signs:
Sharrows and signs can be used to indicate where bicyclists and motorists will share the roadway. Sharrows are suitable on roadways with relatively low travel speeds (<25 mph) and may also be used to transition between discontinuous bicycle facilities along roadways with higher speeds and traffic volumes.

Buffered Bike Lanes:
Buffered bike lanes are enhanced versions of conventional on-street bike lanes that include an additional striped buffer. They are typically located along streets that require a higher level of separation, such as those with high-speed or heavy vehicle traffic, to improve the comfort of bicycling. 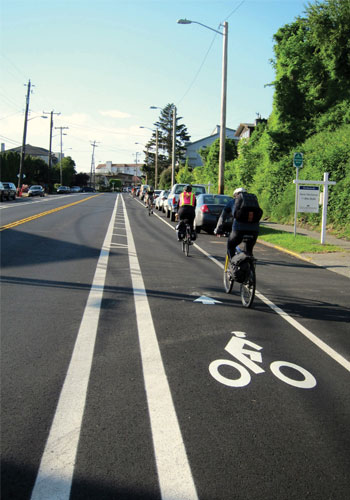 Separated Bike Lanes:
Separated bike lanes are bike lanes that are physically separated from motor vehicle traffic by a vertical element such as a planter, flexible post, parked car, or a mountable curb. 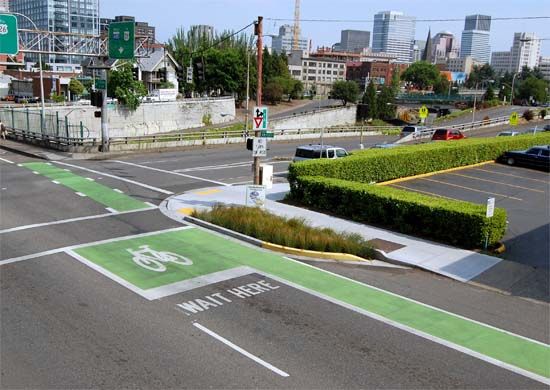 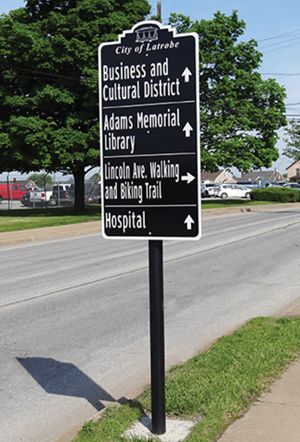 Bicycle Parking:
Bicycle parking is a vital component of a city’s bicycle system and can be provided in a variety of sizes, shapes, and unique pieces of infrastructure that resemble the city’s character. 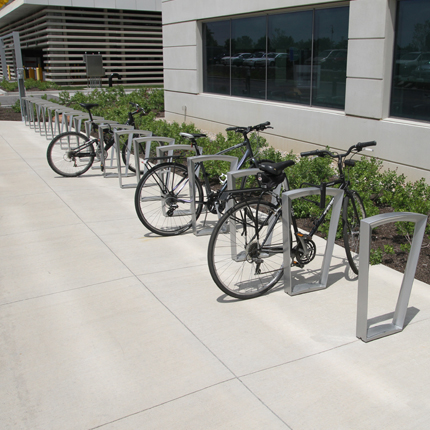